Rectory Farm is the site of the proposed new park for the people of Hounslow. This is an ambitious project that will deliver a 110 acre park and leisure facilities for use by everyone in the community, between 1,870-2,540 direct jobs and many other benefits. 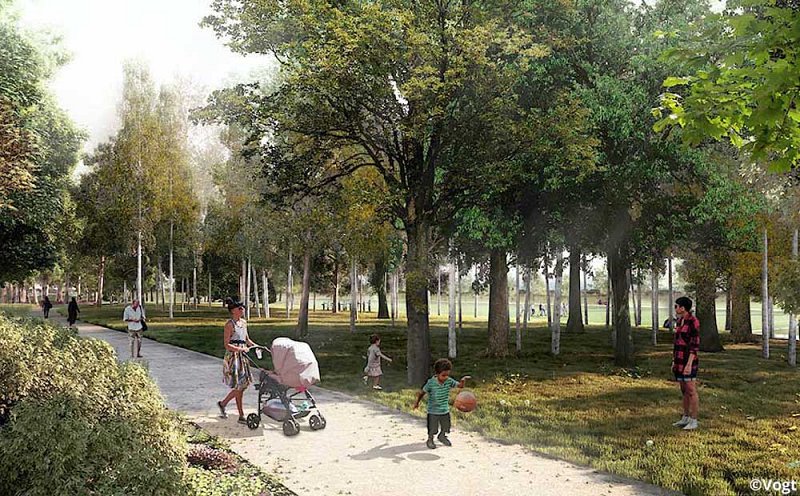 The proposed park will be one of the largest publicly accessible open spaces created in London since the great Victorian parks. Vandalism, litter and fly-tipping have left a considerable mark on the site which currently provides little benefit to surrounding residents. However, if the application is approved, residents will have access to a varied and vibrant new space within 12 months of work starting.

We consulted widely with local residents and community groups in 2013 to ensure the proposed parkland meets their specific needs and 97.5 % said they were in favour of the proposals. Prior to the current application, we arranged two public consultation events and support continues to be overwhelming with 98.2% of respondents supporting the proposals.

Ambitious plans to invest in landscaping will provide new trees, hedges and flowering plants to transform the 110 acre site which at present is characterised by overgrown grasses, shrubbery and unkempt trees.

Initial work to enable the park to be opened will include installing secure fencing round the site, clearing hazardous waste and planting trees at the perimeter.

As each phase of the park development is completed, more trees and shrubs will be planted, new public amenities such as benches and litter bins will be added while tree-lined avenues and lamp posts will link communities and provide safe passage across the park.

Broadly speaking, the south of the site will feature open parkland and meadows while the north of the park will be home to recreational facilities such as; children’s play areas, sports pitches, cricket nets, football goals, tennis courts, a landscaped ‘amphitheatre’ and a running track.

Rectory Farm lies above one of the country’s largest remaining deposits of high quality gravel – an essential building material. Gravel is used, for example, in footings for new buildings, as an aggregate mix for concrete and asphalt. It plays an important role in the construction of new homes, schools, hospitals and roads.

As the park opens, work will start to extract the gravel from beneath the surface by a method called ‘top-down construction’. An area, will be fenced off, the top soil scraped back, piles sunk into the ground and a concrete slab poured over the top. The soil is then replaced and landscaped, the hoarding removed and the area returned to public use while the gravel is extracted from beneath the ground.

“Rectory Farm lies above one of the country’s largest remaining deposits of high quality gravel.”

Gravel is in high demand for a wide range of uses including:

The London Plan policy (drawn up in 2011 and covering a twenty year period to 2031) states that London should make provision for at least 5 million tonnes of gravel to meet the demand for new construction. Hounslow must potentially source 700,000 tonnes of sand and gravel in the same period, making the deposits at Rectory Farm a potentially valuable resource for the London Borough of Hounslow.

Rectory Farm’s close proximity to London and the M4 and M25 motorways means that the extracted gravel could be quickly and easily distributed for use within the region, reducing the distance gravel is transported which will also reduce congestion and pollution.

The park could be open to the public within 12 months on starting work. From day one a secure perimeter fence, newly planted trees and hedges, park benches, litter bins and new paths connecting the surrounding communities will help create a safe, clean and enjoyable environment.

With the park open, a phased approach to the extraction of gravel will minimise disruption to park use and the surrounding areas. The rate of gravel extraction will be dictated by the demand for both gravel and subterranean space although it’s anticipated the project will take 7-10 years.

On completion of the project the trees and foliage planted during the earlier phases will have reached maturity and the park will be full established. Along with the open fields and meadows to the south of the site and sports pitches to the north, this will make for a rich and diverse landscape.

The extraction of gravel presents another opportunity for the region; the space created by extracting the minerals will be used to develop underground storage and warehouse units.

These unique spaces will be used by businesses for a variety of purposes, this will be primarily warehousing and archive storage which, will bring new jobs to the area and help promote economic growth.